How to Remove a Cassette without any Special Tool 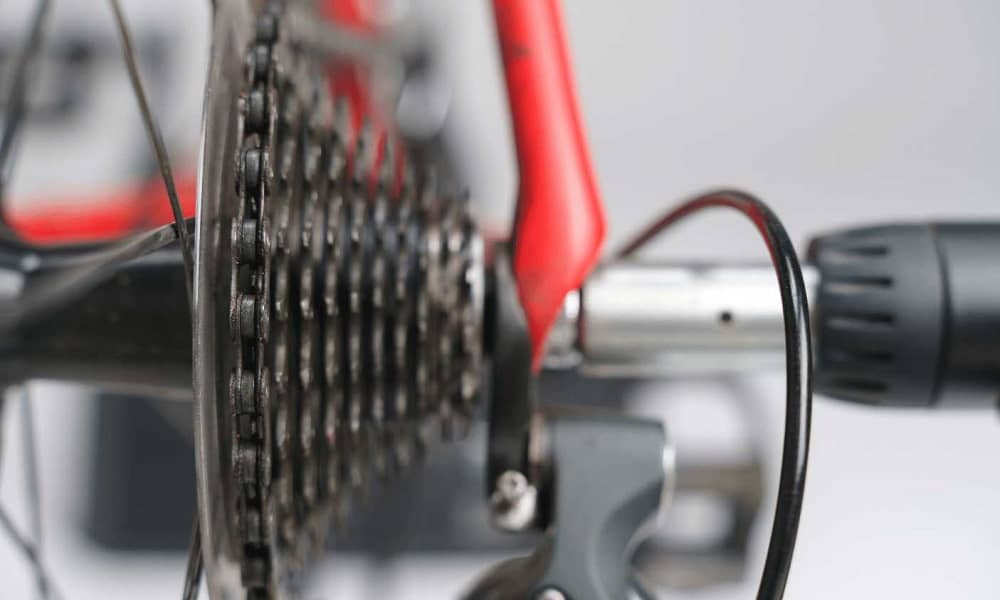 Removing Cassette is sometimes necessary. But without a special tool, we don’t know any ways of removing Cassette. But we can, in fact, it is very easy to remove a cassette without any special tool. All you need is your removed bike chain and a Needle Nose Pliers. The simplest way to do so is given below with steps to make it easier.

What are the Tools You Need to Remove the Cassette?

How To Remove a Cassette Without any Special Tool?

| Step 1 | Remove Back Wheel from Your Bike

You are probably not thinking of removing the cassette without removing the back wheel from your bike? Right? Just kidding. Remove the back wheel and place it vertically beside a wall or horizontally on the floor however you feel comfortable to work on.

If your chain is missing a master link then you might need a chain breaker or splitter. Even if you are also missing this tool then check how to remove the chain without a special tool.

| Step 3 | Attaching the Chain to The Cassette

Optional | Step 3 | Use Rugged thick Cloth to Hold the Cassette

You can also use any rugged thick clock to hold the cassette while unscrewing it. It is very optional when you are unable to remove the chain from your bike.

| Step 4 | Unscrew the Cassette with the Needle Nose Pliers

Now you have to insert the Needle Nose Pliers into the cassette mouth and fit the noses of the pliers into the notches. While holding the chain attached over the cassette in the clockwise direction, rotate the Needle Nose Pliers at the opposite counterclockwise direction with a bit more force to unscrew it from the hub. You will hear a “COT” sound. It means that it is untightened.

| Step 5 | Remove the Cassette from the Hub

After the previous step, you will find out that your cassette is loose enough that you can unscrew and remove it with your hand. Now you have the cassette fully removed.

You can also insert the cassette in the same way you did to remove it with the Needle Nose Pliers. You just have to rotate it in the opposite direction (clockwise) direction to screw it to the Hub.

What if I am missing The Needle Nose Pliers?

You might be missing a needle Nose Pliers. It is not a big deal. You can get one at any nearest hardware shop. It is also very cheap. But what if you are in an emergency or in a hurry to remove the cassette?

Well, in that case, you can take the help of a flat screwdriver, an adjustable crescent wrench, and a hammer. But this is not recommended as it can break the teeth of the Cassette.

How To Remove a Cassette only with a flat screwdriver, an adjustable crescent wrench, and a hammer?

What are the tools required to remove a Cassette?

You will need a lockring remover, a chain whip, and a crescent Wrench. If you are missing these tools then Needle Nose Pliers and a removed Bicycle Chain. If you are also missing these then a flat screwdriver, an adjustable crescent wrench and a hammer to remove the cassette are required.

Must I need to have cassette removal tools to remove a Cassette?

How to remove a cassette without a lockring remover?

Using Needle Nose Pliers as a replacement for lockring remover, you can easily remove a cassette. The whole procedure is described here.

How to remove a cassette without a Chain Whip?

You are missing a chain whip you can use your bike’s chain instead. Also, you can use a thick rugged cloth to hold it while removing it.

How to install a cassette without a lockring tool?

You can install the cassette in the same way you did to remove it with the Needle Nose Pliers. You just have to rotate it in the opposite direction (clockwise) direction to screw it to the Hub. You can take the help of a crescent wrench to tighten it more.

The first procedure is the easiest way to remove a cassette from your hub. In fact, it is easier than removing with the special cassette removing tool. In an emergency, you can try this anywhere. But for this, keeping a needle-nose pliers with you is always recommended.

And for the second procedure don’t try this unless you very need to do so.