Difference between freewheel and cassette – A Brief Differentiation 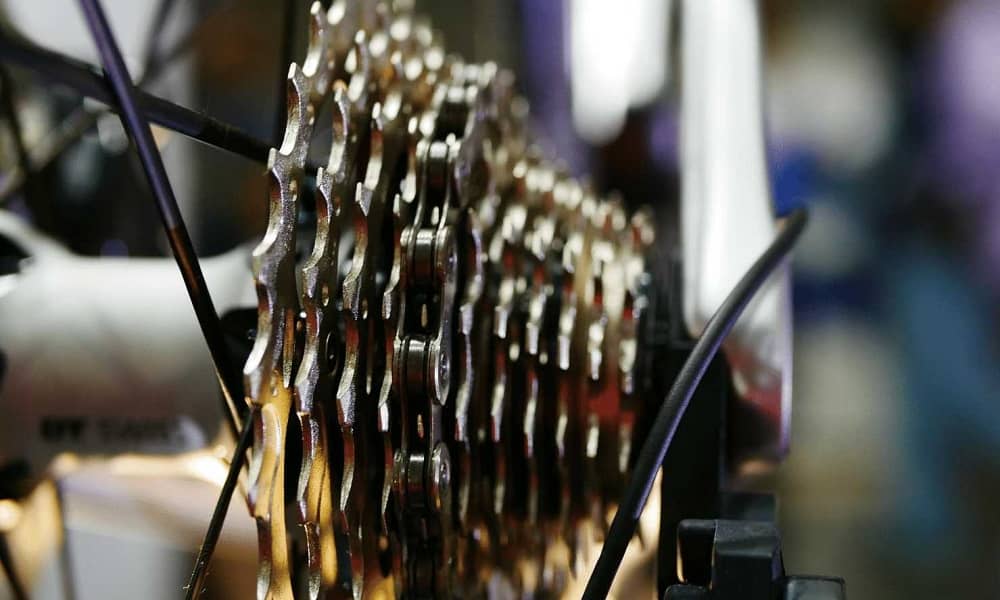 Freewheel or Cassette both are very familiar words to cyclists. Ever wonder what your bike has? Freewheel or Cassette? Not just you, almost all cyclists even professionals have wondered about it sometimes. Our inner mechanic always wanted to know it of the bike we owned.

The gears of a bike’s rear-wheel referred to as a cluster usually. It can be either one from two fully different types of systems

Though both of these have the same function and look almost identical, there is a significant difference in mechanics. Also, keep in mind that they are not interchangeable with one another.

Freewheel tends to be found in an older model of bikes. Freewheels usually have a large external thread machine into the hub. The ratcheting assembled body and gear (cogs) are called “freewheel” together which threads onto the hub.

When the freewheel unthreads for removal the ratcheting mechanism comes off with the gear (cogs).

Newer models of bikes tend to have a hub type named “Cassette Hub”. These cassette hubs have a “Freehub” system which allows the clutch to be mounted to the body of the hub. The cylindrical mechanism of this system ratchets counter-clockwise for coasting and lock clockwise for driving while pedaling. The body of the freehub has a series of splines on the outer shell. The sprocket named “Cassette” slides over these splines which is what lock and hold them in place. A lockring threads into the freehub and holds the gears (cogs) in place. When the cogs are removed, the ratcheting freehub remains on the hub body. Most of the newest modern bike models have this type of freehub system.

The difference between FREEWHEEL and CASSETTE

The main difference is that freewheel is a single-unit and pedaling tightens the freewheel to the hub. Whereas the cassette hub is a set of gears (cogs) that smoothly slides onto a cassette and held in place by a lock ring.

Now, which one do I have on my bike?

Though both freewheel and cassette look alike, it is not that hard to differentiate one from another. Mainly wheels of the bikes aren’t that common nowadays. Still many budget bikes, kid’s bikes feature freewheels. The reason behind it is to reduce the overall manufacturing costs. The chances if you have got a new bike, it’s most probably has a cassette. But there are more ways to be sure.

Remember to look for the innermost Tool Fitting as some rings will have several tool fittings.

Which one should I take? Which one is best?

These are very common questions. While discussing Freewheel and Cassette, these questions obviously tend to pop out among cyclists.

It depends on the wheelset you own. If you have a freewheel hub then changing it might need to change the hub which will cost you more. Though it might cost you more, you will get a modern wheelset with more gear options which means more speed. For racing, Cassette is the best option.

On the other hand, if you don’t want to spend much then changing just the freewheel is not that bad of an idea. You might have fewer number of gears means less speed but it won’t bother you much unless you ride for a professional reason. There is an ultra-rare 6-speed freewheel also. You might want to get a 7-speed freewheel if possible while upgrading.

Now decide for yourself what do you need as you have many options and variety available in the market.

The freewheel is a single-unit and pedaling tightens the freewheel to the hub. Whereas the cassette hub is a set of gears (cogs) that smoothly slides onto a cassette and held in place by a lock ring.

The Shimano Freehub replaced the conventional threaded rear hub around 1980. The interchangeability is lost that time which formerly existed. But these hubs were so good at that time which becomes the newer standard.

Nope, It is impossible. You can never convert a Freewheel to Cassette. A freewheel cannot be converted to accept a cassette of any type because these are two completely different things. It’s better to get a better hub that supports a Cassette.

You can get whatever you like but for being surer which your bikes support about check above.

What you need to do first is to remove the old one and clean these spaces and then easily you can fit a new rear cassette there.

The cassette replaced the conventional threaded read hub freewheel over the past few decades. It works so well that it replaced the traditional freewheel and has become standard for all types of bikes including Road Bikes, MTBs, and even Hybrids. The main difference between these two is the coasting location. It incorporates the ratchet mechanism into the hub body which helps to replace just the sprockets, rather than the whole system. Different from the Freewheel system, the lockring splines will turn with sprockets when spun backward.