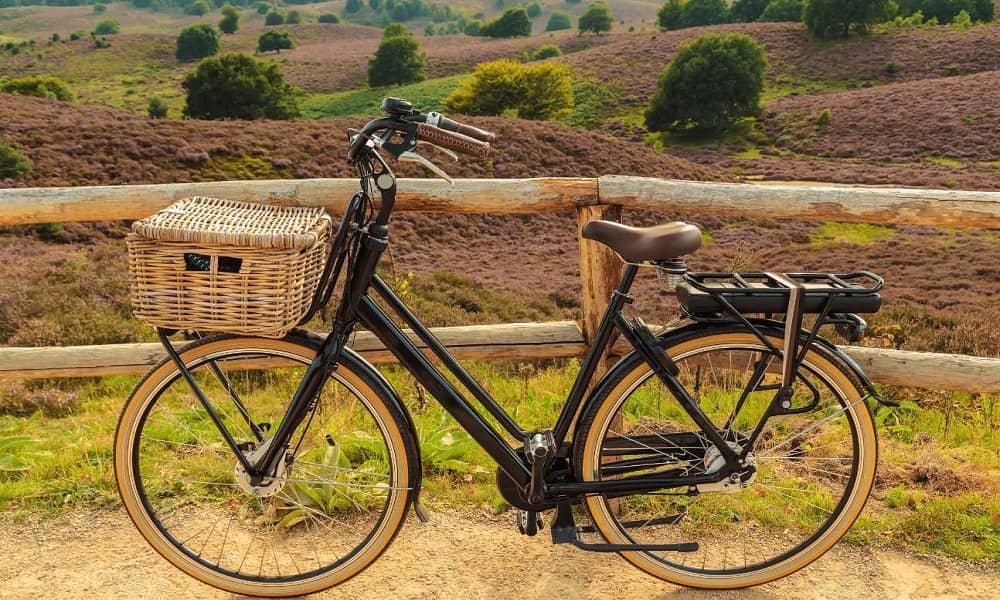 The electric bike is a heavy version of a hybrid bike with a motor connected to the rear wheel and a big battery attached to the cycle frame. An electric bike can be ridden over 50 km depends on the bike battery capacity without peddling.

In the past only Electricians or mechanics used to custom mod their bike with a motor and made it electrical. Due to its popularity and needs, renowned companies started to make Electrical Bike. Now almost all Bicycle Company have an electrical bike of their own to compete with the market.

Hybrid Bike is a kind of hybrid born from the concept of a combination of Mountain bike and Road bike. It’s might be not a kind of bike with the latest technology but it was built to give you the uttermost comfort and hassle-free riding in any kind of road.

You already have seen Electric Bike on the road. Due to its popularity, people are buying and riding an Electric bike regularly. These electric bikes almost look like a normal hybrid bike. Though there is some belief that E-bikes are the same as scooters But it’s a normal bicycle with a bigger battery and a powerful motor.

On the other hand, Hybrid bikes are a bit different in the frame. Normal bikes have a diamond shape frame. For Hybrid Bike it’s the same for frame structure just a bit starched diamond shape.

Keep in mind the E-bike is a type of hybrid bike.

The only difference in looks you might find is that E-bikes have an electric motor, a battery attached to the bottom and display screen and some controller switch attached to the handlebar.

There are no complex mechanics between an E-bike and a Hybrid bike. The main difference is that an E-bike is powered by an additional battery and a motor. Thus it looks like a motorbike. It’s an electrical motorbike but not like a usual motorcycle.

And for Hybrid bike there no unique mechanism. It’s the same as a mountain bike but with thin and less frame weight.

For repairing Hybrid Bike it’s the same as a normal bike and you can get it serviced anywhere.

So you might be thinking about how people ride an E-bike and how does it feel like. Is it the same as a normal bike?

No, riding an E-bike is not the same as any other bike.

The Electric motor will never kick in right away. You need to start your bike by pedaling firstly. But a good E-bike will provide a smooth transition that you will hardly notice. It won’t change your experience of riding a bike but will make it easier. Cross country roads and dirt tracks or uphill all are very easy to ride by an E-bike. In some E-bikes, you can adjust the motor power to set it up with your pedaling experience.

Riding a Hybrid Bike is also a smooth experience. But not as smooth as an E-bike. If you prefer using more energy on cycling without any charging hassle then a Hybrid bike is for you.

Are E-bikes limited by rules?

Though E-bikes are the same as motorized transport and are subject to some government regulation with speed and power limits, it doesn’t usually affect a raider.

1. Why an E-bike instead of a Conventional Bike?

There are lots of arguments about this matter. But you always should buy according to your needs and preferences. With an E-bike, you could get have more comfort and leisure in commuting. You also can travel further, faster and carry more loads than a conventional bike. It even consumes very little electricity compared to Tesla.

So the answer is clear but you also need to think which will be more suitable for you before buying it.

2. How far distance I can cover by an E-bike?

The range you will get from an E-bike depends on many factors. Types of road, assistant level, carrying the weight and even gears section affect the battery life of an E-bike. Not to worry, and E-bike can provide you a couple hours of power. If the power runs out you can even ride it by pedaling.

3. Is there any LAW only for E-bikes?

E-bikes are still considered the same as conventional bikes. So the laws are the same as a regular bike a E-bike. But you should be 14 years or older to ride an E-bike. It must not assist you over 25 kmh and you should be abiding by the Highway Code always.

4. Hyper Hybrid E-Bikes are a thing?

E-bikes are a type of hybrid bike which have a motor. Hybrid bikes are usually different kinds of bikes. E-bike also falls under the same category. A hybrid bike could provide you a smooth a comfortable riding experience but an E-bike could give you more.

Which is perfectly right for me?

Choosing between a hybrid bike and an electrical bike should not be answered directly. The most important question you should think about is what you want the bike for.

If you want a bike for commuting or traveling long distances, then a Hybrid bike is just for you. But if you can afford more money and want a more comfortable experience without pushing or exhaust yourself and then E-bike is for you. E-bikes battery needs regular maintenance. So keep in mind that you don’t ride it regularly than the battery could decay faster.

However, if you are looking for a bike to get out during summer months or on vacations to riding around parks or country sides and won’t need to traveling far and prefer some exercise while riding and your budgets are bit tight an E-bike then a Hybrid bike is just for you.

But keep in mind that choosing a perfect bike for yourself is always your personal choice. Just think and pick according to your needs. You can every try out E-bikes in many shops. Why not try out for yourself once before buying.