World Car Free Day! Is it real? Is that a thing? 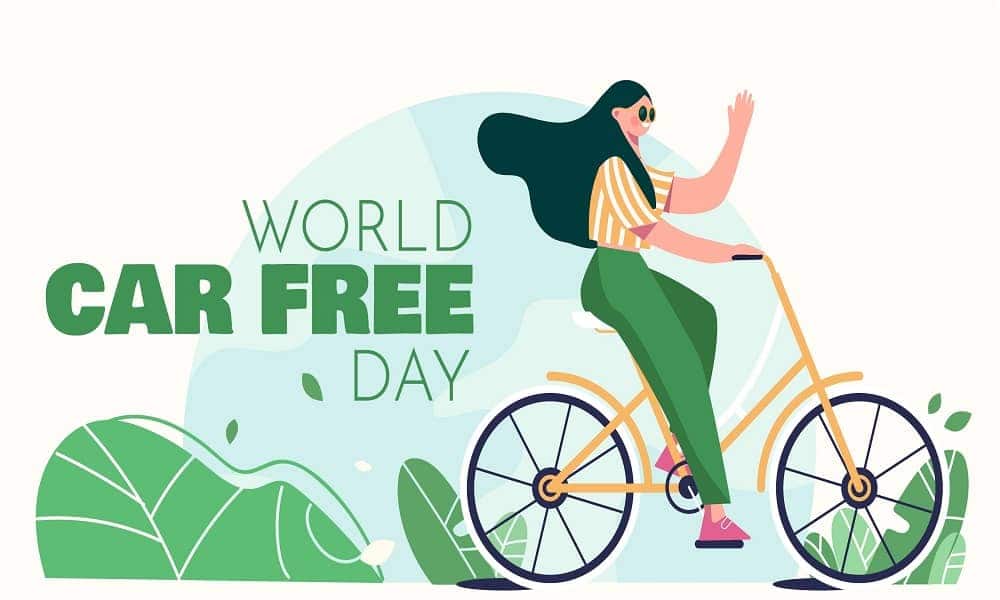 World Car Free Day! Is it real? Is that a thing?

Yes, Car Free Day is real and it’s being celebrated all around the world on 22 September.

Most of the people especially from underdevelopment or developing countries don’t know about the World Car Free Day. But it’s been celebrated in many countries for many years.

A Car Free Day is to encourage all of the people especially car owners not to drive their cars instead of using Mass transit such as train, bus, bicycle, carpool, vanpool, subway, or walking and to feel how our environment and society like without the pollution of motor cars.

According to World Car Free Network, The World Car Free Day is a showcase for just how our cities might look like, feel like, and sound like without car other than 365 days a year.

What is Motor Car pollution?

In 1886, for the first-time moto car rolled on roads. From that time, people are being used to motor cars for the comfort it provides while traveling. Thus from 1886, we have a loving relationship with motor cars. Now there are one billion motor cars are running on the road all around the globe. The use of cars rapidly increased and increasing from the time of its invention. In rich countries, each family has a motor car. For rich families, the number increase. Sometimes each family member has a car of their own and everyone prefers to go out with their private car for any kind of traveling. But it’s not that the number of cars is less in poor or developing countries due to comfort and less time-consuming traveling it ensures. Thus all the corners roads of the globe are filled with cars. Can you imagine, how much natural oils had been pulled out and consumed since people had been used to cars.? It makes the situation worse as if we cannot escape the pollution, noise and the danger motor cars produce. A Car produces and releases Carbon Monoxide when the fuel is not burned completely, Nitrogen oxides and Hydrocarbons, a toxic compound and these chemicals pose a deadly threat for humans. Motor Cars pollute Air and reduce air quality in an amount more than that of industries does. One of the main reasons behind the air quality drop in the cities is Motor Vehicles. For this reason, to make awareness, encourage people to escape this pollution, and enjoy the mother the Car Free Day has been set and celebrated.

The History behind Car Free Day

People felt that the alternative should be found for motor cars after the Oil Crisis of 1973. Following the crisis, people started to held and organize Car Free Days throughout the 1990s unofficially. But it took much more time, almost 10 years to make it official and lunch in 2000. On that day, many big cities such as Jakarta and Bogota closed their central roads to held smaller car-free events by feeling them with walking, running and cycling events.

Some important event regarding Car Free Days are

How it is Celebrated?

In European Cities during the Mobility Week, 16 to 22 September, show their commitment to clean and sustainable urban transport.

It also provides the opportunity to the citizens by the alternative use of congested roads in various ways and how it protects and broaden the beauties of the cities.

These are held as an event to increase to use the alternative of the vehicles on the World Car Free Day.

How we can participate in a Car Free Day?

There aren’t any rules to celebrate Car Free Day. In fact, you can go out with your car and drive it on a Car Free Day. There is no law to bind you. But people might teach or bully you if you do. Why won’t they? I hope we all can leave cars for one single day of a year. It’s not that hard to move without a car for a single day. As people are becoming more aware of environmental pollution, The Car Free Day is celebrated more seriously and widely. Imagine a day on a free road where you don’t have to watch your back while enjoying walking on the road.

We can celebrate Car Free Days in many ways. But Cycling is the easiest and fun to ride on this day.

Bicycle is thought to be the most environmentally friendly traveling equipment. It doesn’t produce any pollutants. On the other hand, riding a bicycle is healthy and work as exercise. Many communities celebrate the Car Free day just by cycling. They all use to travel by bicycle that day. Though developed countries have different cycle lanes but who wouldn’t love to ride a bicycle on a full free road where you don’t have to be careful of cars, watch backs. You just can ride your bicycle freely.

Some people travel to the countryside with their bicycles in weekly events and monthly events. They also hold this kind of event on Car Free Day. We can either join them or ride to the countryside on your own. Either way you will be able to enjoy the beauty of nature without any cars on the free road.

Some communities hold bicycle races for kids and adults also to promote this day. They block the high way roads and make it cycle race track. You can also join them with your family.

The Car Free day isn’t just meant to do cycling. It about realizing how a car is polluting our environment and demolish the beauty of it. Many Developed countries take imitative to reduce the number of cars on the road to reduce the pollution within. As the bicycle is environmentally friendly and healthy, it’s the main voice against Jampacked roads. It also promotes a healthy lifestyle we need. Nowadays many people are choosing to ride a bicycle instead of driving in daily communication.

We also can do that. Riding a bicycle will never bring any harm instead it’s the only hope to reduce the pollution in our journeys in our Earth. It could save our Environment, Earth and as well as us. Thus if you bring a bike you just participated in The Car Free day and if we ride it every day you are the participant of Car Free Day and a saving face of your society.