How is friction harmful when riding a bike – All possible ways 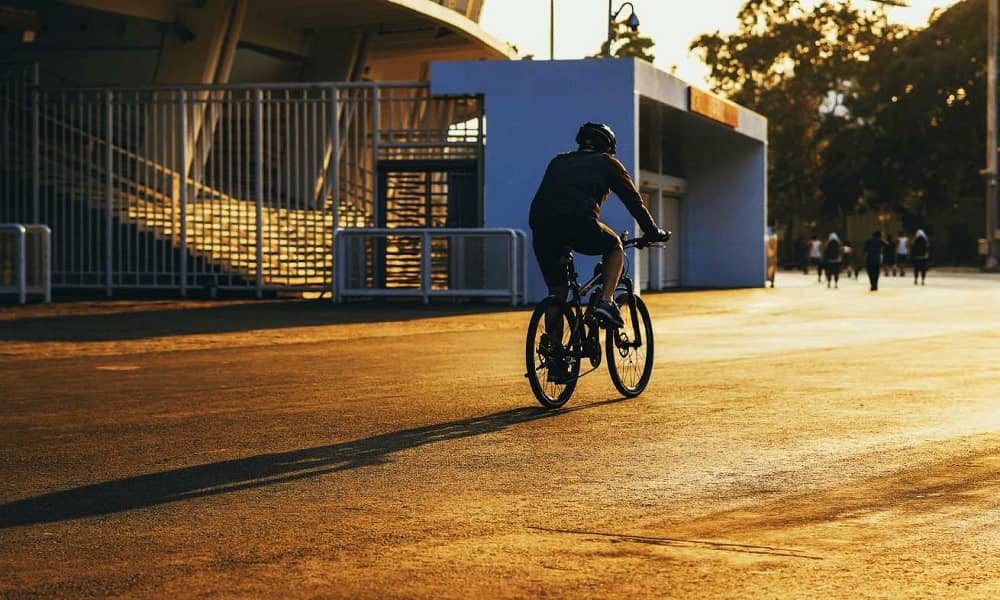 Do you neglect the issue of friction when you’re getting ready to ride a bike? Friction can be beneficial as well as harmful. However, if you don’t retain the right friction between the parts with lubricant, too much friction will undoubtedly ruin your biking pleasure.

Contents hide
1 What friction is?
1.1 Riding a bike and encountering friction
1.2 Primary Possible Ways Friction is Harmful When Riding a Bike
1.3 1. Unfavorable weather and terrain
1.4 2. Resistance to Air
1.5 3. Spending money on repairs just to keep it running
1.6 4. Friction Effects on Tires
1.7 5. Going Backward while accelerating your bike
1.8 6. Problems with Electric Bikes
2 FAQs

Friction is the force exerted by two surfaces that slide or attempt to slide one on the other. Friction always acts in the opposing direction of how the thing is moving or attempting to move. A moving object is always slowed by friction.

Riding a bike and encountering friction

Primary Possible Ways Friction is Harmful When Riding a Bike

Primarily, friction can be damaging in two different ways.

1. Producing heat which can result in damage

2. When you fall from your bike in an accident, the friction between your knee/leg and the ground can result in severe scrapes.

Other Possible Ways Friction is Harmful When Riding a Bike

Friction can be harmful in any of these ways.

Depending on the surface you’re on, friction can make cycling more difficult. For example, if you’re riding your bike over rough, uneven terrain, it’ll be considerably more difficult to peddle than if you’re on smooth, level terrain.

Cycling up slopes is the same way. Pedaling will be much more difficult, so you’ll need to be in better shape if this is going to be part of your normal cycling regimen.

The terrain you cycle on will have an influence not only on your bike but also on your body, so you’ll need to maintain a particular degree of fitness.

Your biking experience may also be influenced by the weather. If there is a strong headwind, you will need to cycle harder to counteract it. As a result, you will be at the mercy of two systems of friction: the wind and the terrain you are cycling on will both slow you down.

Without a doubt, friction happens not just as a result of your terrain, your bicycle, and your pedaling style, but also as a result of air resistance around you.

The more quickly you ride your bike, the greater air resistance you’ll encounter. By adjusting your position on the bike and kneeling down to streamline the airflow movement, you can reduce air resistance.

Because you can travel further with the same amount of effort, this can help minimize the detrimental effects of friction on your bicycle and yourself.

3. Spending money on repairs just to keep it running

Friction is terrible for your bike in several ways, one of which is that it forces you to fix your bike regularly just to keep it running. The friction wears down the gears and accessories, causing them to fail.

As a result, it’s critical to keep your bike in good working order in order to reduce the damaging effects of friction.

This includes frequently lubricating all wheel bearings, cog bearings, and chain wheels, because if they grate against each other owing to a lack of lubricant as you pedal, friction is hazardous to them, and you may need to replace or repair them.

When you pedal, this will also put pressure on your muscles. You will not only extend the life of your bike if you take care of it, but you will also maintain your health.

Friction can influence not only the mechanical workings of your bike but also the all-important tires! Underinflated tires will cause the rest of the bike to work against itself, so make sure they’re properly inflated.

It is critical that you use the proper tires for your bicycle. As a result, if you ride a mountain bike, your tires will be “knobbly,” allowing you to trap dirt and better grip off-road terrain.

However, they would be ineffective on the road. To achieve maximum traction on a road bike, you’ll need smooth tires. The improper tires on your bicycle will not only degrade your riding pleasure, but they may also reduce the tire’s lifespan.

Pedaling can be made much more difficult than it needs to be with the wrong tires or tires inflated to the improper pressure. If you get this correct, the negative effects of friction on your cycling experience will be much reduced.

5. Going Backward while accelerating your bike

For some cyclists, it’s all about speed. It doesn’t matter if they want to be the fastest cyclist in town or simply enjoy the feeling of the wind on their face.

If you like to pedal at a faster pace, you’ll notice that going uphill requires far more energy than coasting downhill. This exerts strain on both your bike and your body, particularly your knees.

In fact, because friction increases exponentially as speed increases, achieving half the speed requires double the work. As a result, experts advise lowering the friction of your bike’s components.

Low-pressure tires have increased rolling resistance, which slows them down. Upgrading your wheel to one with a more aerodynamic design will give you a speed boost.

The simplest way to ensure your bike is fast is to make sure your tire pressure is correct. It’s also one of the most straightforward and cost-effective, as all you need is a pressure gauge and an air pump.

You will have various cycling concerns if you utilize an electric bike. Some bikes are completely electronic, while others rely on pedal power. Most electric bike riders use the battery power when traveling uphill or when their legs are fatigued, as this can assist them to extend their cycling excursion.

A cycle battery does not live indefinitely, and it requires the same care and attention as your cycle. Friction effects kick in at this point.

The constant push against the force of the gradient means the battery will wear out faster than if it was only used on smooth and even terrain. Friction can be harmful to the battery life if you go uphill a lot or on long trips. Then there’s the problem with the motor winding.

As the motor needs to work overtime to overcome the force of friction, it heats up and wears out over time. That is also why the maximum weight that an e-bike can carry is limited.

You should make sure the battery is fully charged before your trip and not charge it in little bursts or after you’ve finished one, since this will shorten the battery’s shelf life.

Friction has the potential to be both damaging and beneficial. The bike’s tires would not be able to push against the ground to move ahead, and the brakes would not be able to stop the bike if there was no friction. Friction, on the other hand, can wear out sections of the bike and the tires. You must also pedal harder to overcome the friction between the tires and the road in order to travel quicker. When you apply the brakes, friction helps you stop the bike, but it also slows you down, which can be dangerous. You could also tumble or flip if you suddenly hit the brakes hard.

What happens if the moving parts have a lot of friction?

When there is a lot of friction between the moving parts, energy is transferred to the surroundings, which causes a lot of heat.

What if you could ride a bike with less friction?

If you reduce friction, your wheel will just spin in circles. As a result, you may fall down while pedaling.

Where should there be a lot of friction?

To grasp the road, there needs to be a lot of friction between the tire and the road.

What should you do to keep the bike’s friction at a healthy level?

You should use oil to lubricate your bike.